Andrew Schreier "Not just a diabetic." 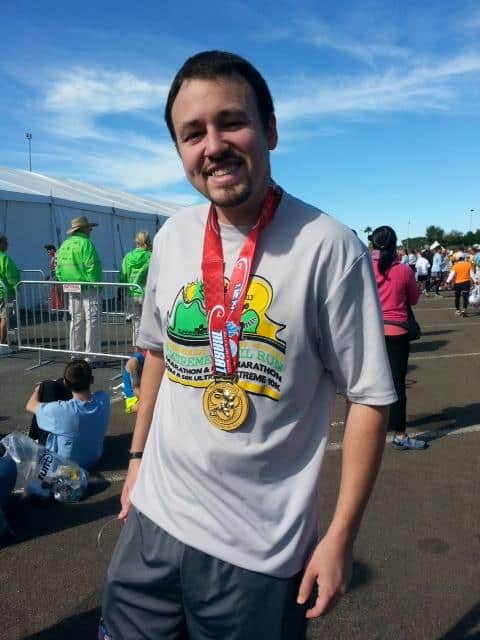 My name is Andrew (A.J.) Schreier and I have recently passed twelve years working at West Brookfield of Elite Sports Clubs as well as working over eight years now as a primary counselor for addiction and correctional clients. Most notably of milestones however is being a type one diabetic for over seventeen years now.

I was diagnosed with type one diabetes at the age of twelve and for a long time I really struggled with thinking and feeling that I could ever be healthy. Even though this was a disease I had ultimately no control over when it came into my life, it had an enormous impact on how I felt about my health for years after.

Whenever you live with a chronic illness there is a stigma and idea that you are constantly battling with trying to get healthy. For years this was definitely something I struggled with even though I continued to be active and work towards better eating habits. Nothing changed my perception of what being healthy meant until I was introduced to the running lifestyle.

My mother and brother were runners who completed half and full marathons. At first, I thought there was no way I could accomplish goals like this because of my diabetes. Their determination and inspiration eventually led me to wanting to see if I could do that too. I spent nearly six months working running programs in order to incorporate diabetes management into training. This included taking my blood sugar and making sure my diabetes would be in good condition before I decided to attempt my first half marathon.

Since then, I have completed close to two dozen half marathons, the Walt Disney World Marathon, and the Coast to Coast Disney Challenge. Whether it’s during a race, on the pavement, through trails, or on a treadmill at Elite—running has become a part of my lifestyle and has been more meaningful than just a symbol of physical health.