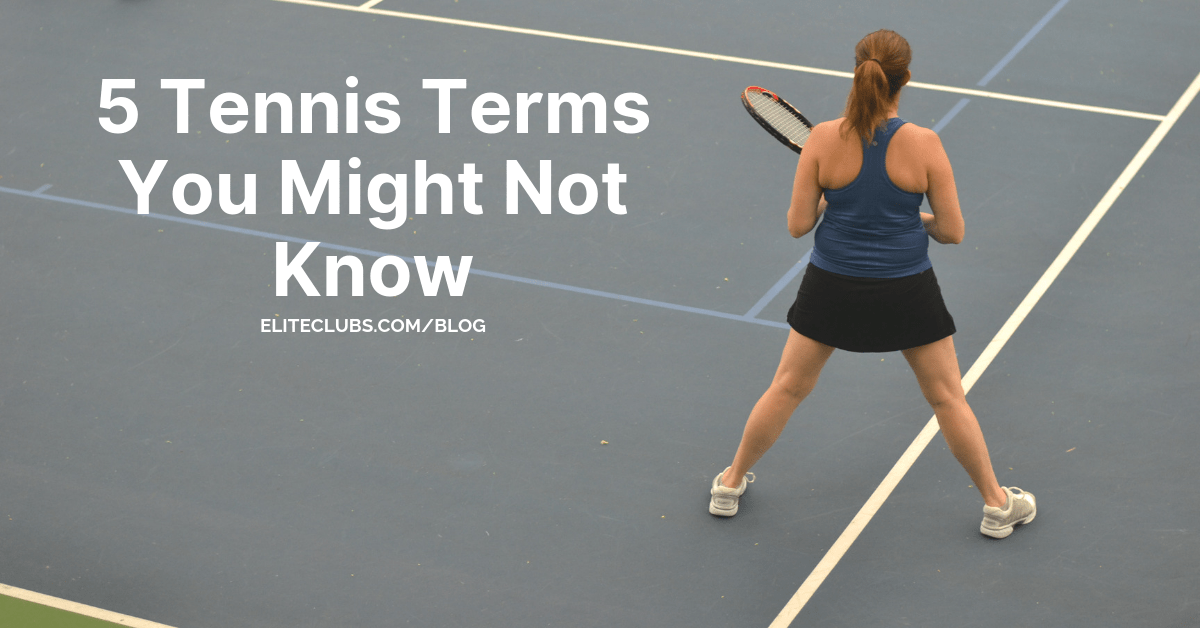 When a set is tied 6-6, a “tiebreaker” is played. Tiebreaks are scored using ordinary numbering. To win a tiebreak, you must score a minimum of 7 points and win by 2. The score is counted continuously until an outcome has been reached. The winner of the tiebreak then wins the set 7-6.

The term “deuce” refers to a tie score of 40-40 (40-all), or 3 points a side. Any time beyond this point in the game when the score is tied, deuce will be used. The next side to score a point will have the advantage. If the side with an advantage loses, the score will go back to deuce.

A “bagel” refers to when a set ends in the score of 6-0, with the zero representing the shape of a bagel. If you really want to aim high, scoring the minimum 24 points (to win at least 6 games) without conceding a single point in a set is referred to as a Golden Set.

The “Continental Grip” or “Chopper Grip” is one of the most commonly used grips in tennis. The grip looks as if you were gripping an axe, hence the name “chopper.” To use this grip, place the base knuckle of your index finger on bevel #2. Because of its versatility, the grip is often taught to advanced players.

The “split step” is a ready position in which the receiving player sets their legs apart and initiates a small hop right before the opponent makes contact with the ball. The split step’s purpose is to help you move quickly in the direction of the ball. When you land, your legs will be “loaded” to shift your momentum in either direction.

Even for an experienced tennis player, there’s always something to learn. Click the button below to see how you can get involved with any number of tennis programs at Elite!