Why Soccer Players Are The Fittest Athletes on the Planet 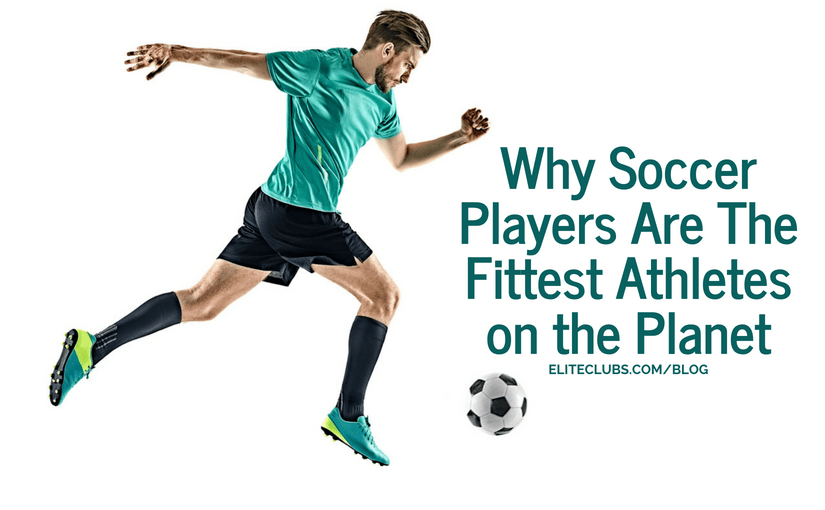 Have you ever wondered why soccer players are so fit? In order to be match ready, soccer players follow strict fitness and nutrition regimens. Let’s take a look and what makes soccer players the fittest athletes on the planet.

Differences from Other Athletes

The body of a soccer player is usually far different from that of an NFL lineman or a hulky major-league home run hitter. Whereas the action in those sports is innately in short bursts, soccer players must be able to run, or at least be consistently mobile, for entire 45-minute periods. This is why many soccer players, if lined up side-by-side, have a very consistent look. This is different than in football where the physique of a linebacker differs greatly from that of a punter, or in baseball where a catcher or first baseman may have more bulk than a shortstop or starting pitcher.

So how active must soccer players be? Studies have tracked player movement throughout different sports and found the differences to be astounding. Here’s the average of how far players from different sports run per game:

Think about that for a moment: That would be like running a 10k every single time you take the field! Therefore, while soccer is a popular competitive team sport, the physicality of their athletes is more comparable to that of solo competitors like cyclists, marathon runners, Ironman triathletes, or cross-country skiers.

A Day in the Life of a Soccer Player

Running that long per game means burning a lot of calories. In fact, the most active players will burn somewhere between 800 – 1,000 calories per match. Lean meats, protein, and plenty of water are key to staying fueled on the field and off.

Staying active for as long as soccer players do during matches, they also need to have great balance, speed, endurance and dexterity.

So how do you eat and train like a professional soccer player? This blog broke down the regimen of former Premier League star Phil Neville. More to Reach Your Goal

Do you have any additional tips to prepare for taking the soccer field? Leave them in the comments below so our Elite community can share and keep fit together!