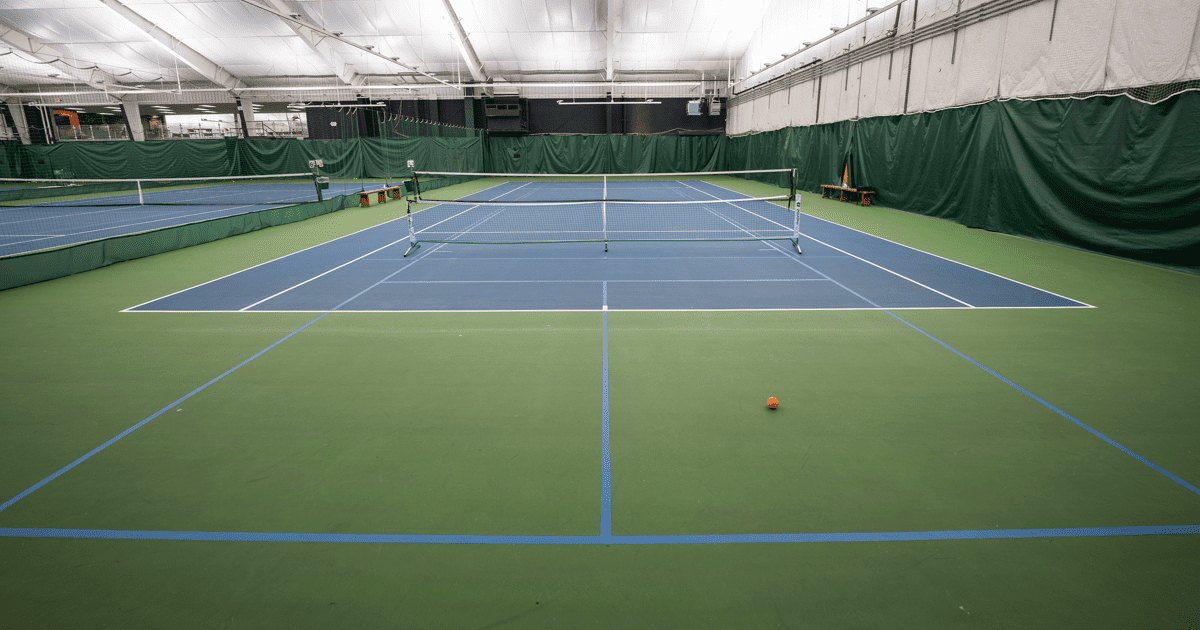 New to pickleball? The court used in pickleball varies slightly to that of other racquet sports. We’ll go into a little bit more detail about the court dimensions and different sections of the court, and how they come into play.

A standard pickleball court is 44 feet long by 20 feet wide. The net is 34 inches high at the center and 36 inches at the sidelines. The non-volley zone, also known as the kitchen, extends 7 feet from either side of the net. Each service area equally splits the court’s width at 10 feet, and extends back to the baseline at 15 feet.

The baseline runs parallel to the net for the full width of the court at the back. The baseline cannot be crossed when serving.

The centerline runs from the kitchen to the baseline, dividing the court into two equal halves. These two halves form the service areas.

The sideline runs perpendicular to the net for the full length of the court on both sides.

Check out our blog for a complete glossary of pickleball terms.

In the diagram below, the green section is considered out of bounds. A ball is ruled inbounds if it touches any part of the sideline or baseline. Keep in mind that a ball may sometimes appear inbounds if a part of the ball is over the line. However, the rule is applied to the point of contact with the ground. Wherever the ball touches is whether it is ruled in our out. 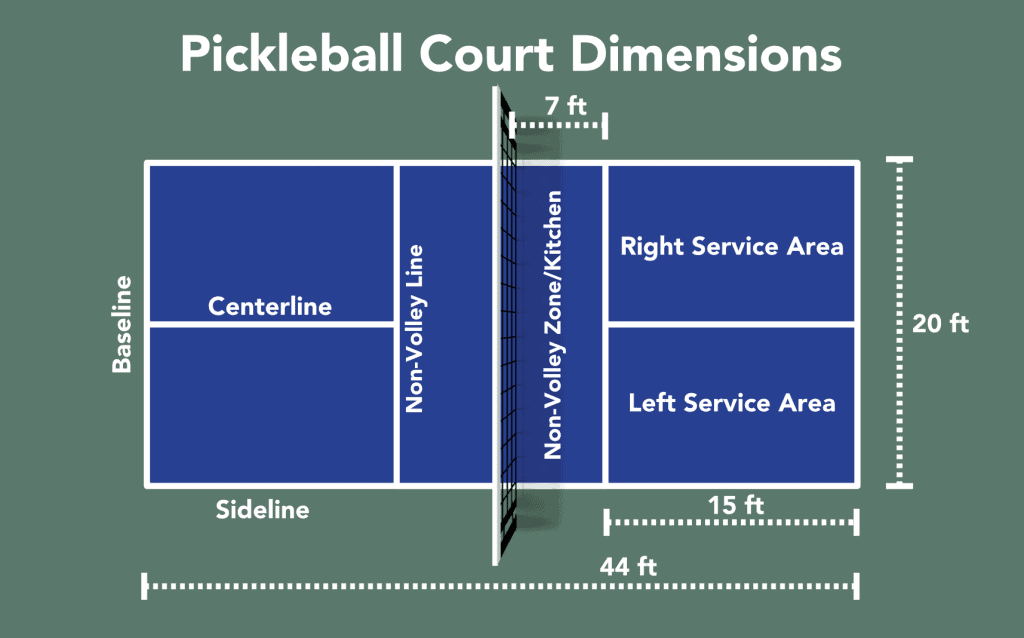 The non-volley zone, or kitchen, is a section of the court on both sides of the net where volleying is prohibited. This is to prevent players from smashing the ball close to the net. It is a fault if a player steps on the non-volley line or in the zone when volleying. A player may be in the zone if they are not volleying the ball.

Another important rule related to the non-volley zone is a serve cannot land in this area. A serve landing in the area or on the non-volley line is a fault. After the removal of the “let” in 2021, a serve is considered legal if it hits the net as long as it clears the non-volley zone and lands in the appropriate cross court.