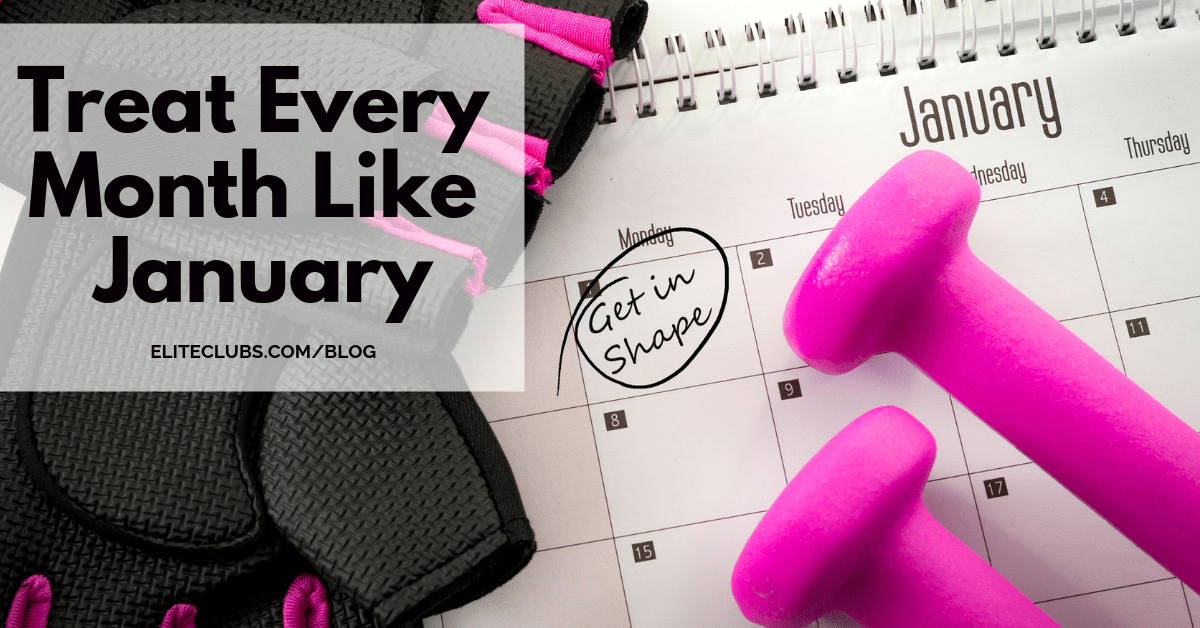 January marks the start of a new year, and for many that means taking on New Year’s resolutions. During those first several weeks in January, we’re inspired to make a change, but after a few months things cool down. If we treated every month like January, we would certainly find greater success.

Did you know that 80% of resolutions fail? There are a number of factors that lead to such a high failure rate, such as goals that are unrealistic, immeasurable, or unsustainable. When you reach the realization that your goals aren’t timely, too daunting, or were unrealistic to begin with, you lose motivation and simply give up. Don’t set yourself up for failure right away when creating your New Year’s resolutions. For example, use the SMART guidelines to help you.

Because it’s a common resolution, let’s use weight loss as an example. Let’s say you want to lose 15 pounds before June to get your summer body back. This is a specific goal that’s measurable and realistic in the time allotted. Take it a step further and create a fitness plan to accomplish that goal, like exercising for 30 minutes three times a week. You can also include short-term benchmarks along the way to make sure you’re on pace. Perfect! Now it’s time to make that happen.

Now that you know how to craft the perfect New Year’s resolution, you have to execute it. What if maintaining motivation throughout the whole year was a lot simpler than we make it? Think of your mindset when January 1st rolls around. After the dust settles from our New Year’s parties, you’re focused and ready to make a change. Going back to our weight loss example, a lot of people will have lost motivation after a few months. If we maintained the attitude that we have at the start of the new year throughout the ENTIRE year, we’ll continue to make progress and won’t lose sight of our goals. In that example, if every month was like January all over again, but included the progress already made, your drive will be rejuvenated each time.

Finding motivation can be difficult. Take action, build momentum, and before you know it, you’ll have developed a lasting habit!

Do you think this would work for you? How do you find motivation? Share your health/fitness story with us or leave a comment below!