The Differences Between Indoor and Outdoor Tennis 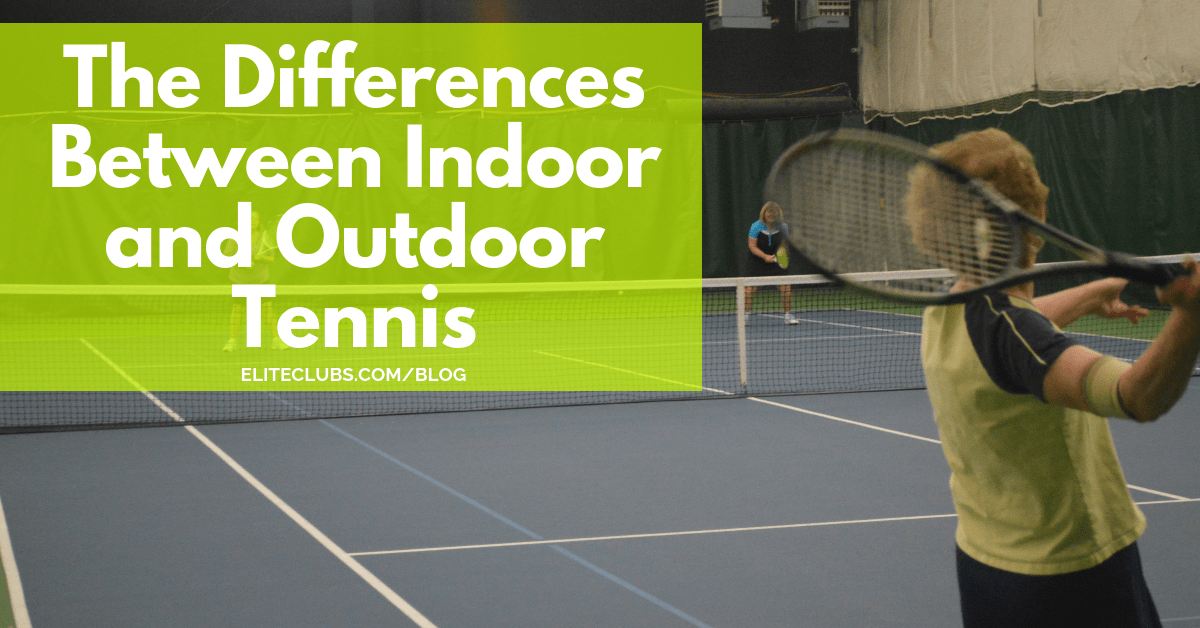 Aside from the different tennis court types (hard, grass, clay), whether you play indoors or outdoors also has a significant impact on the game. Let’s explore the differences between indoor and outdoor tennis and how they affect gameplay.

In Wisconsin, at least 6 months of tennis are played indoors due to the seasonal weather. Most players I work with have a strong opinion of which they prefer. With indoor tennis, you don’t have to deal with the wind or sun. Courts are flat and smooth with no cracks – a perfect environment to make it just about the competitors. Outdoors is so much different. The ball speed is slower due to the ball picking up dirt and moisture. Wind plays a big part, as well as temperature.

Which is More Suitable to My Style?

So which player are you? If you like power, and like to end points quickly, indoor tennis will be more suited to your game where points are shorter and aggressive play is rewarded. Hitting flat with less spin is the winning recipe here. If it is a doubles game, get to the net and finish points with put-away shots. If you are fast and quick, use that to your advantage by poaching and being very active at the net.

If you’re a patient player and like to problem solve, outdoor tennis is probably more your game. Your really have another opponent in the elements. Some players embrace those elements and can use them against their opponents by getting them frustrated and getting them to play impatiently. Spin plays a bigger part in outdoor tennis. The wind does funny things to the ball when you don’t use spin. If playing doubles, you better have a good lob to play outdoors. Those overheads in the sun and wind are difficult. Balls that are put-away shots indoors keep coming back outdoors. You have to be smart, patient, and possess many more shots outdoors to be effective.

Remember your equipment adjustments if you play outdoors. Looser strings will help you create more power that you will need with the heavier balls. For indoor tennis, you want tighter strings to control the ball, since the speed of the game is faster.

Adapt to the Situation

So you might have a favorite, indoors or outdoors, but a good tennis player can adapt their game to fit the conditions and be flexible enough to play a style that will give them and their partner the best chance to win.