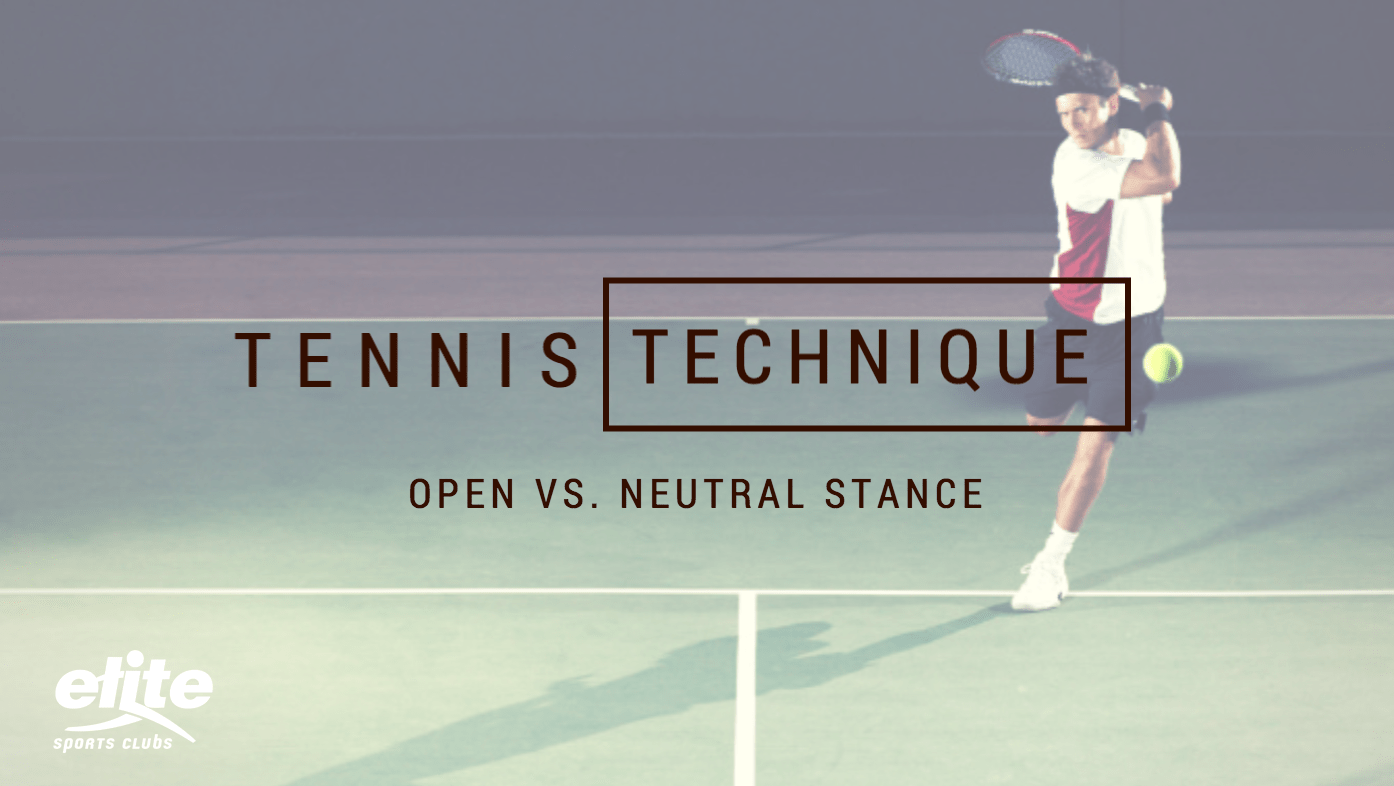 Today we will be discussing the difference between the open stance and the neutral stance and the situations where you might use this tennis technique.

The neutral stance uses forward momentum where weight is transferred forward in to the court (towards the net) with a step. Conversely, the open stance has momentum being supplied from right to left (right handed forehand) in a pushing motion and without a step. Both stances will be used when playing tennis, but knowing when to utilize the right one is the key. Follow these general guidelines when deciding what stance to use.

Both the neutral stance and open stance utilize weight transfer in the form of momentum but choosing the correct stance for a given situation is key when deciding which to use.