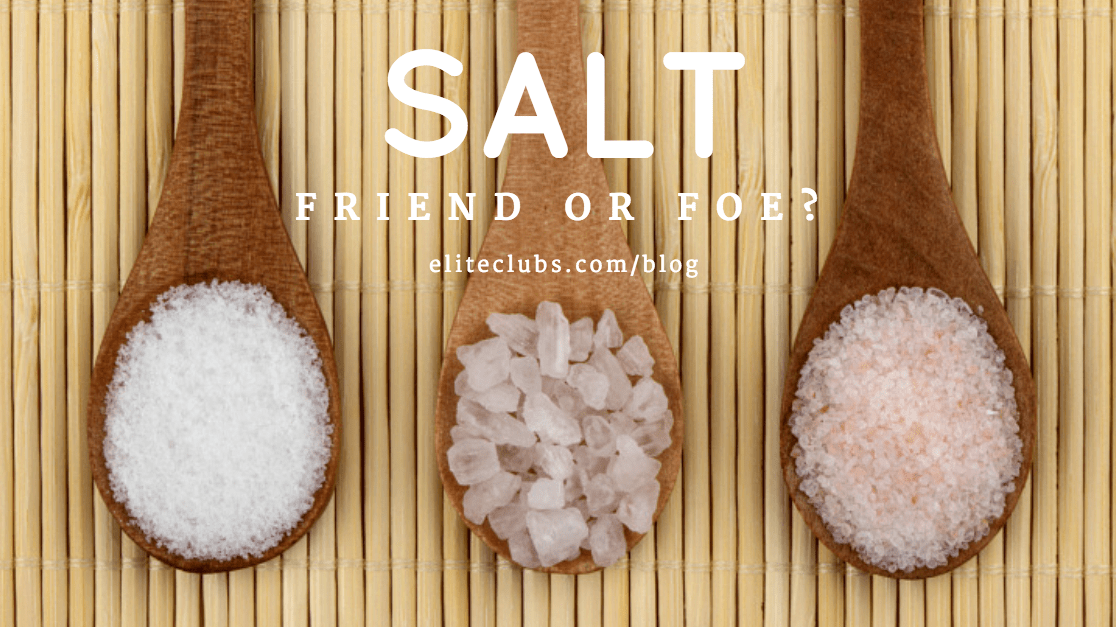 New York City, as recently as November 30th of 2015, placed a warning symbol on many high salt dishes (higher than 3400 mg sodium) on the menus of its local restaurants. For example, two of the most popular, but salty, menu items were a Cheddar Bacon Burger and a Buffalo Chicken Salad, which respectively had 4280 mg sodium and 3460 mg sodium.

City health authority has warned that Americans eat too much salt and as a result are adding to their health risk for high blood pressure and heart disease. The average person, they state, “should have 2300 mg sodium per day.” By having these standards set in restaurants patrons will have a chance to have the facts necessary to make better decisions about their salt usage. Health department officials feel they have made the right decision to alert the general public; as they await the new federal standards of salt use due out later in 2016.

The Center for Disease Control in Atlanta also recently came out to discuss the increasing level of sodium in kid’s diets, owing the growth due to processed foods and restaurant entrees. In fact, 90% of kids from 6-18 years old that they studied had 43% of their sodium coming from pizza, cold cuts, savory snack foods, cheese, chicken tenders, and Mexican meal entrees. None of these are being listed because kids are overly salting their foods with the salt shaker, but rather because of the foods themselves. At the same time, the consumption of fruits and vegetables has decreased in the population studied.

Correlation Between Salt and Stress/Depression

Briefly, the National Health and Nutrition Examination Survey (NHANES) recently studied 10,000 individuals with stress and possible depression and the possible correlation to salt usage in adults. They found that, indeed, adults particularly women had lower sodium levels than deemed normal, and that by raising the amount of sodium in their diets, they actually felt better. There will be more about this issue in the future.

Basically, the current feeling today is that some regulation, either by health departments or through food agencies, may not be necessary. That most individuals are self-regulating, either by the way they feel during meals or a general consciousness of the news information being made available.

The American Journal of Hypertension recently stated that individuals with salt concerns are already getting it right and are showing some improvements for optimum health outcomes. However, it is still on the books that the guidelines for most health organizations, such as the American Heart Association, the Academy of Nutrition and Dietetics, and the American Diabetes Association do recommend levels of sodium between 1500mg and 2300 mg sodium as a prudent level for most Americans. These levels of sodium amount to 3.75 gm salt to 6 gm salt per day; the latter equaling about 1-tsp. of table salt.

Other minerals that can be affected are potassium, magnesium, and calcium levels. Sodium is a crucial electrolyte which binds water into the system and maintains intracellular and extracellular fluids in the right balance. Also, sodium is an electrically charged molecule and with other electrolytes as potassium it will help to maintain electric gradients across cell membranes, which is critical for nerve transmission and muscle contraction. The body can’t function without sodium.

Other studies have shown the effect of sodium restriction on the actual disease process will have little effect on lowering blood pressure. Of course, it is also important to remember that this response will vary from one person to the next and that this may have adverse effects on low density lipidproteins, (LDL is the bad protein), triglyceride levels, insulin resistance, and the overall ability of athletes to process body fluids.

Sea Salt – is produced through evaporation of ocean water or water from saltwater lakes, usually with little processing. Depending on the water source, this leaves behind certain trace minerals and elements. The minerals add flavor and color to sea salt, which will also come in a variety of coarseness levels.

Table Salt – is mined from underground salt deposits. Table salt is more heavily processed to eliminate minerals and usually contains an additive to prevent clumping. Most table salt has added iodine which is essential for maintaining a healthy thyroid.

Kosher Salt – is a variety of edible salt with a much larger grain size than some common table salts. Like the common table salt, kosher salt consists of the chemical compound sodium chloride. Kosher salt does not, however, contain the normal iodine additive.

The name kosher salt came from its use in making meats kosher by removing surface blood as a means of cleanliness. It has little to do with the guidelines for kosher foods. Rather than cubic crystals, kosher salt has a flat plate-like shape. The flat form of kosher salt is usually made when cubic crystals are forced into shape under pressure, between rollers. Kosher salts are usually manufactured with a grain size larger than table salt grains.

Kosher salt is used in all forms of cooking except for baking. In recipes where there is enough liquid for the salt to dissolve, table salt can be replaced by kosher salt. However, it is usually necessary to increase to double the amount of kosher salt used as a replacement for regular table salt. Look for a guide on the box of kosher salt for any conversion to regular salt.

Himalania or Himalayan Pink Salt – is pink salt from Himalayan foothills. It gets its pink speckled color from the natural richness derived from iron and other minerals. It has maintained its natural purity because it is unrefined with no additives. Many salt users will delight in its use and unusual taste.

There are also many other forms of infused salty tasting products. Herbs, wines, and other seasonings can be added to these salt products for a variety of flavors.

Salt Substitutes – lack table salt or sodium chloride; salt blends are a hybrid of table salt and other ingredients. Finding a tasty substitute can prove to be tough. The best known salt substitute is potassium chloride and is known for having a bitter taste. However, if this has been recommended by your physician, you may want to try Diamond Crystal Salt Sense, a blend without potassium chloride, tastes pretty much like real salt and it has 1/3 less sodium (390 mg per ¼ tsp). You can try this salt product or simply add your own herbs or spices for some of the salt you usually have.

Suggestions that may be best for all Americans to just keep in mind: