New Facts About Sugar Substitutes You Need to Know! 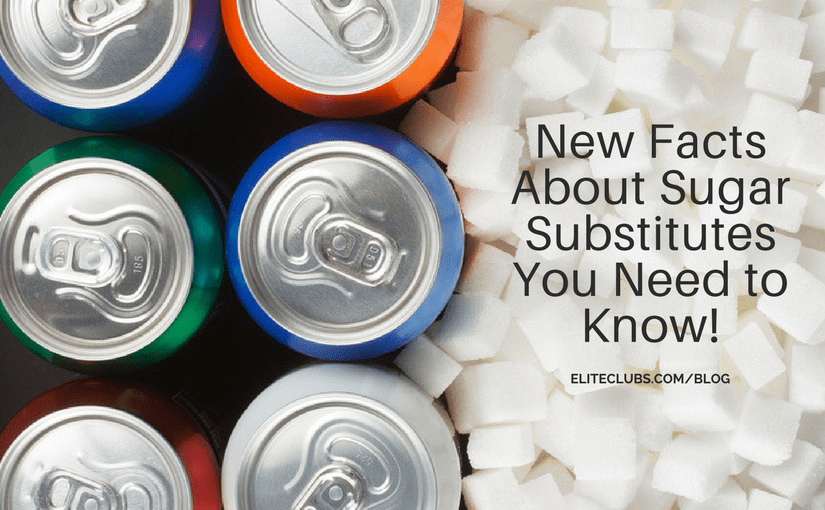 Some good research this year has brought us to the point where you may want to look again at your use of Sugar Substitutes. One such study has to do with drinking sugar-free soda versus regular soda and what it means for your health. The second study addresses drinking diet soda and how it affects your chances of losing weight or gaining weight. Let’s take a look!

It has been a feeling for years that we should eliminate regular soda with concentrated sugars because of the overwhelming amounts of evidence that sugar will affect our health. So, what are we talking about now?

The American Heart Association’s journal, Stroke, has found that the artificial sweeteners used in diet drinks are showing a link to a greater risk of stroke and dementia. This April 2017 study followed 2888 adults older than 45 years of age and 1484 adults older than 60. Researchers asked participants about their eating and drinking habits at three separate times throughout a seven year period. Then over the next ten years, they followed these individuals checking for signs of
stroke or dementia.

So, in the end, researchers found that those that drank 1-3 or more artificially sweetened drinks per day were nearly three times more likely to develop the above-mentioned health problems compared to those who drank less than one a week. As dismal as this may seem, researchers tried hard to keep findings on an even plane, even adjusting for factors such as age, gender, calorie intake, diet quality, physical activity, and the presence of genetic risk factors for Alzheimer’s disease.

Boston University School of Medicine, researcher Matthew Pase, acknowledges that the findings show only a correlation and not a causation. “This is yet another piece of evidence that diet drinks are just not a healthier alternative to sugared drinks as people think.” They suggested drinking water on a regular basis, as well as, fruit flavored drinks and tea.

If you have been using artificial sweeteners to try to lose weight, reports connecting them to weight gain might have you wondering whether they are helping or hurting?!

Studies have taken a look at the consumption of certain sugar substitutes such as Equal Nutrasweet (aspartame), sucralose (Splenda), and saccharin (Sweet ‘N Low and Sugar Twin). One study looked at the consumption habits of 3700 people who drank diet sodas for seven to eight years had a double risk of becoming overweight compared to non-diet drinkers. Others researchers feel that these sweeteners can help with weight loss and evidence backs them up.

The overwhelming summary by the majority of the research indicates that too much of a conclusion has been placed on the possible link to sweeteners and weight gain. This comes from Adrienne Youdim, MD, at Cedar Sinai Medical Center and RDN, Beth Kitchin, PhD, University of Alabama. That the information was recorded as “observational” as they record food intake, their habits, and they make connections to a particular outcome, such as weight gain. The summary here is that “it is hard to make conclusions of this type without looking at other
factors such as genes, food intake overall, and physical activity. It is impossible to determine cause and effect”.

According to Kitchin, RDN, “losing weight is very hard, and taking away the diet soda and its enjoyment is not going to make it any easier. There’s a pleasure aspect to our food, and we don’t believe we need to be taking anything away at this point.”