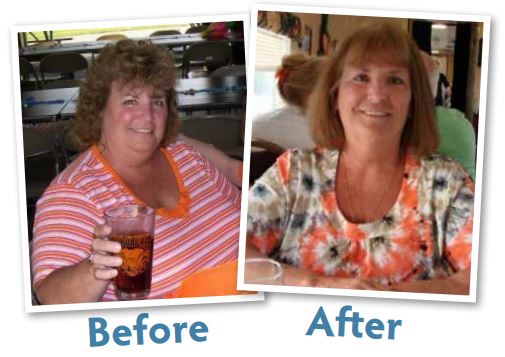 For many people, undergoing one shoulder two knees surgeries in a one year span of time would be a purely negative ordeal. But Milwaukee resident Sue Dean has been able to pull pearls of positive experiences from this chapter of her life.

Sue, who has been a member of Elite Sports Club’s River Glen facility for more than four years, used the surgeries as an opportunity to improve her lifestyle. While she has made tremendous progress in recent years, Sue is quick to point out the camaraderie and compassion of Elite instructors and fellow members has been a pivotal part of her journey.

Not long after retiring as a teacher in 2008, Sue made the decision to join Le Club, the predecessor of Elite’s River Glen location. She did so at the prompting of a friend. Along the way, Sue has forged a number of new friendships – particularly through a group known as the Water Wonders. 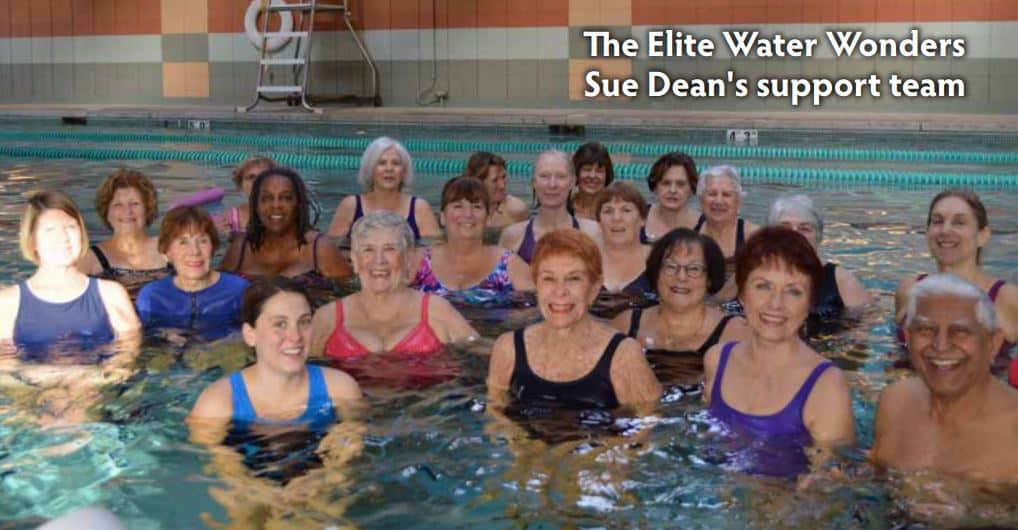 Not long after retiring as a teacher in 2008, Sue made the decision to join Le Club, the predecessor of Elite’s River Glen location. She did so at the prompting of a friend. Along the way, Sue has forged a number of new friendships – particularly through a group known as the Water Wonders.

“They’re an amazing group of women,” Sue says. “They’re an extremely encouraging group. When I went in for each of my surgeries, they were waiting for me when I came out.”

The group not only supported Sue during each of her recent surgeries; many of the members also provided her with rides as she underwent therapy for the various procedures. They offered additional assistance for other life tasks that might have otherwise been difficult to accomplish.

The women of the Water Wonders are equally interested in physical fitness and friendship. Because she is one of the more tech savvy members of the group, Sue serves as its Communications Officer and maintains a listing of all the members, past and present. She is also sure to keep up-to-date with all the happenings within the group and is certain to send along updates to past members – some of whom have moved outside the area.

Sue is also quick to point out that her personal trainer, Elite staff member Melissa Abramovich, has been instrumental in her road toward living life to its fullest. Melissa holds a number of certifications, including one as a medical exercise specialist, and has been able to continue Sue’s therapy where the physical therapy sessions left off. Melissa trains Sue three times per week, and at least one session is done in the water. In the immediate aftermath of Sue’s surgeries, Melissa was willing to visit Sue at her home while she had limited mobility. 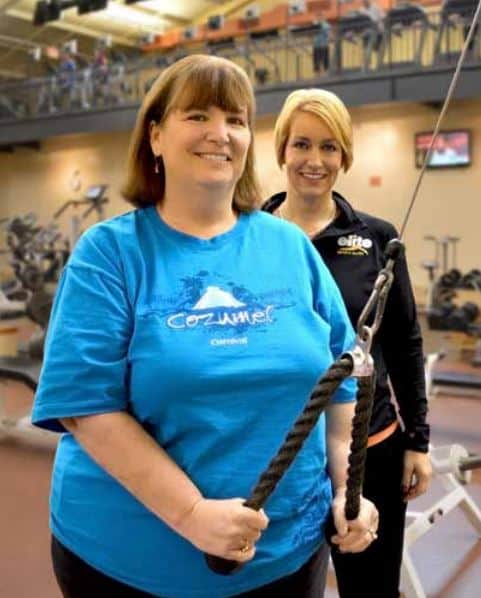 Sue and her trainer, Melissa.

Melissa says she aims to provide Sue and her other clients with diverse workout regimens while keeping end goals in mind. “In Sue’s case, we’ve boxed in short rounds and done water routines and worked with machines and free weights to keep it interesting,” Melissa says.

Melissa, who at one time weighed 296 pounds, said she understands the challenges people face with weight loss and applauds Sue for taking off 90 pounds. The weight loss goal was initially instigated out of necessity for Sue’s surgeries.

As the old adage goes, attitude is everything!

“Sue’s weight loss and surgeries are just small bumps in our path to get her healthier,” Melissa says. “She’s willing to continue down the road, even when it’s hard or uncomfortable, which is why she is so awesome.”

In addition to swimming, Sue’s frequent fitness activities include riding on a stationary bike, strength training, stretching and walking stairs. She frequently uses Elite’s fitness center – oftentimes with Melissa as her trainer.

Sue, a former math teacher and Athletic Director at North Division and Marshall High Schools in Milwaukee, says it had been challenging fitting in a workout regimen within her daily schedule when she was still working full-time. The demands and irregular schedules that come with being an educator made it difficult to build in a dedicated time for a set routine.

While she still teaches online courses on a part-time basis, Sue says she is ready and willing to stay the course of her fitness goals and can make the time with more ease. The kindness of fellow Elite members, she says, makes goal-setting an all the more sweet experience.

“I still have some recovery ahead of me, but after that I feel like the world is my oyster,” Sue says. “This will be a never-ending process for me, and that’s OK. It’s fun coming (to Elite). It’s opened up a whole new social aspect I did not anticipate.”

Share your own “elite” story; whether it be of weight loss, conquering that first race, improving your tennis rating, accomplishing a goal, or some other unique aspect of your life that makes you ELITE! No story is too small, we are proud of ALL of our members!