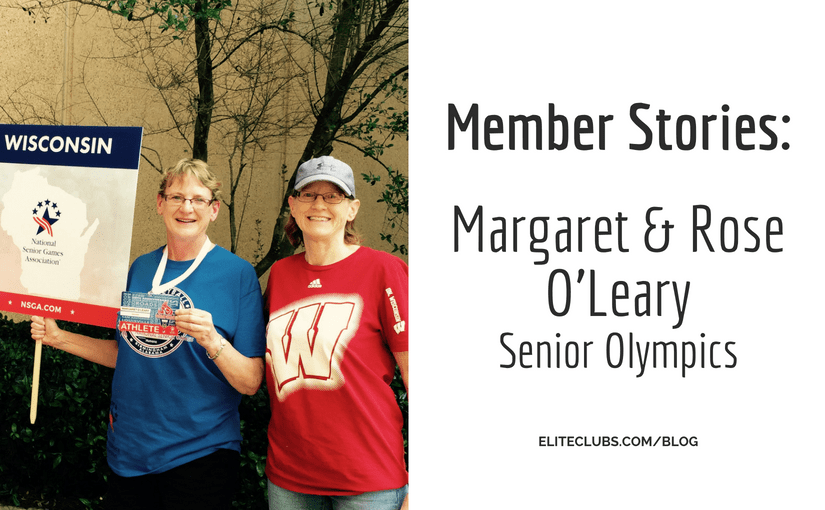 Members of Elite Sports Clubs join for many different reasons. Some join to make it their casual workout center. Others join to play tennis. And then there are those, like Margaret and Rose O’Leary who use it to satisfy their competitive nature no matter their age. These competitive sisters use the clubs to play recreational sports in preparation for one of their favorite pastimes – the Wisconsin Senior Olympics.

Rose O’Leary was the first of the two sisters to join Elite in January 2017 with the intention of regularly attending yoga classes at various clubs. Not only was it more convenient for her, but Rose also appreciated the amount of class options that Elite offers. Margaret joined 7 months later in August of that year to be able to practice her basketball and volleyball skills in the gym.

However, the O’Leary sisters are into more than just working out to stay healthy. They’re competitive by nature, and love to participate in sports. Their love of sports and fitness led them both to participate in the Senior Olympics. One of the reasons they became Elite members was to prepare to be star athletes in the competition.

What is the Senior Olympics?

The Senior Olympics is an annual competition made up of 21 different sporting events held in the fall for adults ages 50 and up. Every other year, the tournament serves as a qualifier for the national tournament. Since this year is a qualifying year, all the sports will take place at various venues throughout the Greater Milwaukee area. Participants will compete for their ticket to Albuquerque at the national tournament in 2019. This year, it’s expected that over 1200 people will sign up to participate across all events.

Before Margaret joined Elite, she was interested in reigniting her passion for volleyball and wanted to play on a team with others her age. With a simple internet search, she discovered the Senior Olympics volleyball tournament happening out in Waukesha. Margaret went to the tournament, introduced herself to all the team managers, and inquired about getting on a team. They instructed her how to practice her skills and how to get involved with the Senior Olympics. From there, she joined Elite Sports Clubs to hone her skills and was able to get on a volleyball team in a future Senior Olympics tournament. She has since added softball, badminton, basketball, and pickleball to her list of sports. Margaret was able to medal twice in badminton and twice in basketball. Unfortunately she was not able to medal in volleyball, her main sport, due to the higher level of competition. 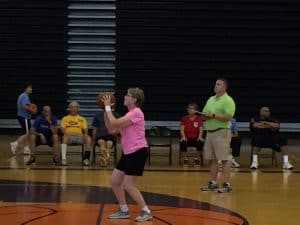 Because Margaret had so much fun in the Senior Olympics, she recruited her friends and both of her sisters to join her. Being a runner, Rose initially wanted to do a 5k, but found out it wasn’t held that year as a result of complications organizing the run in the community. Instead, she elected to do the 200, 400, 800, and 1600 track races – medaling in all four. Rose also competed on Margaret’s badminton team, and they achieved an additional medal in that event. 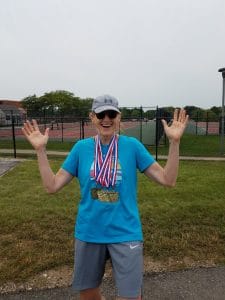 More Than a Competition

Margaret and Rose say the Senior Olympics is a great way to be competitive, but is also for fun and fitness. They were inspired by several individuals they met at the national tournament. A 90-year-old woman competed in all the track events, another 86-year-old woman trained with MS and was able to run track without her wheelchair, and a 100-year-old woman had her eyes set on a World Record for the 100 meters. “We find it very inspiring. It’s great to get together with others wanting to be active. There’s a lot of positive energy and great comradery.” the O’Leary sisters said. 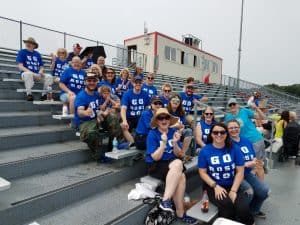 How to Get Involved

Margaret and Rose always encourage anyone 50+ to become active in any sport in the Senior Olympics. They say some are very competitive, and some are more for fun, so there’s a good balance. Margaret’s advice to someone looking to become more active: “Take the first step. Get in touch with people who are already involved so you can learn more. Once you take the first step, then the momentum builds.” Rose’s advice: “Check out some of the events to see which ones you want to try. You never know what you might want to try. There’s various degrees of competitiveness for each sport.”

This is a good year to join because it’s qualfiying for next year and it’s really, really growing. Everyone we’ve met has been positive and interested in staying active. It’s tons of fun. We’d love to have a group of Elite members so we can support one another. – Margaret

It’s great to sign up for something because it gives you a goal to work towards. – Rose

If you want to take the first step, you can email Margaret and she’ll help you get started: [email protected]