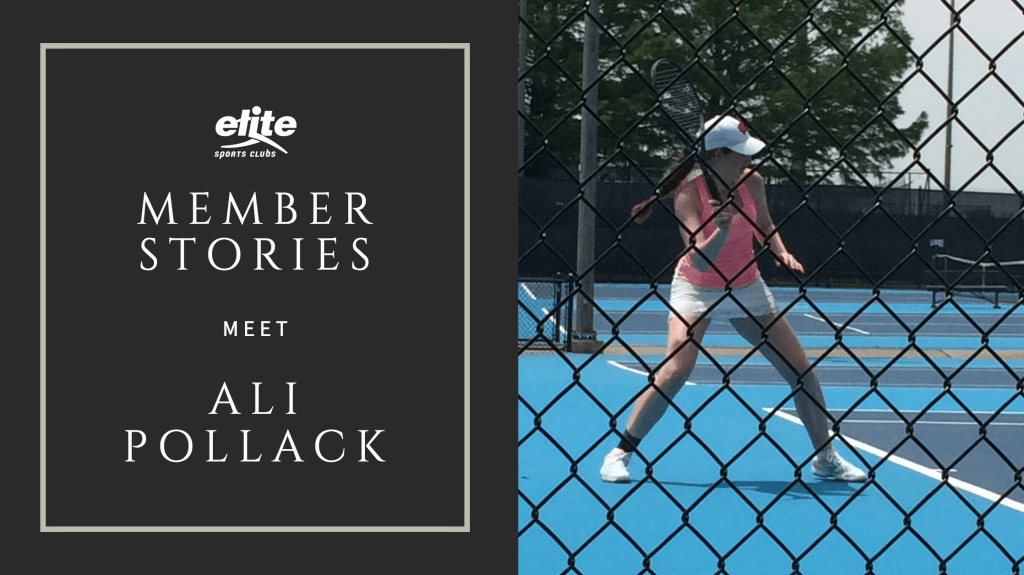 Alexandra (Ali) Pollack, a senior at University School of Milwaukee and a member at Elite Sports Clubs, has committed to play collegiate tennis at Columbia University and is the first student athlete in Wisconsin to ever be recruited to play for Columbia’s tennis team, an NCAA Division One Program in the Ivy League Conference. Elite Sports Clubs has offered the state’s largest tennis program for the last 30 years with year-round beginner to advanced programs for adults and children. At present, Elite coaches train over 35 nationally ranked junior players as well as 145 ranked players in the Midwest.

In 2012, Alexandra Pollack was the first female in Wisconsin to win the WIAA (Wisconsin Interscholastic Athletic Association) individual state tennis championship at 13 years old. She has been ranked number one in Wisconsin and in the top 10 in the Midwest, as well as top 100 in the nation, in every age category since she was 10 years old. In addition to her tennis accolades, Pollack is also a high achieving student who has consistently made high honor roll throughout high school, which made her even more appealing to the competitive Ivy League college.

“I’m beyond grateful for the opportunity to play for Columbia University and would not be where I am today without the support of my parents who have dedicated the last 10 years to helping me as well as a as a team of coaches who have encouraged and pushed me to reach my full potential,” said Pollack. “Week after week, I’ve trained to propel my game forward physically and emotionally and all of my coaches have cared immensely and motivated me to work my hardest.”

One of Pollack’s coaches is Rick Vetter, tennis professional/coach for Elite Sports Clubs who has been working with Pollack for the past six years. He notes that to reach the level that Ali has, it takes both physical skill and mental toughness.

“Ali has a highly successful ‘tennis IQ’ which means that she plays a really intelligent game with a strong ability to think strategically when things are not going her way on the court and even in the face of adversity turn things around to win,” said Vetter. “The discipline that Ali has learned on the courts has also helped her academically and that combination has ultimately helped her reach the Ivy League.”

Pollack will leave for Columbia University in August to begin practicing with the team for tournaments, which begin in September.

Share your own story! Whether it be of weight loss, conquering that first race, improving your tennis rating, accomplishing a goal, or some other unique aspect of your life that makes you ELITE!