Get a Grip! Which Tennis Grip is Right for Me? 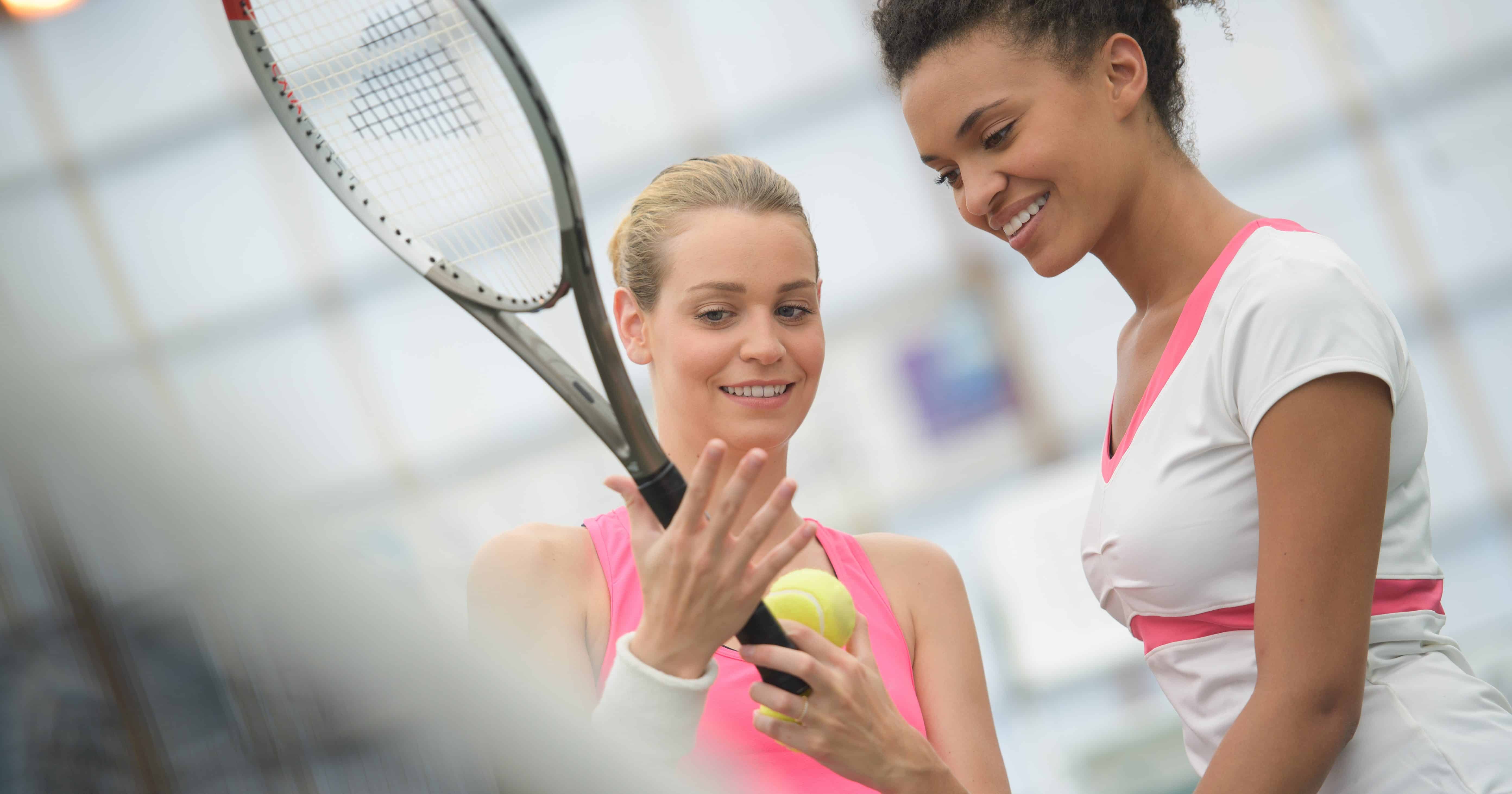 There are many ways to grip your tennis racquet. Your playing style, situational awareness, and level of comfortability will determine which one you should use. As you become more skilled, you might switch between several grips for different shots. Let’s take a look at some of the most popular grips and where they work best.

The Continental grip is the most versatile grip so it’s important for every player to learn. This grip is especially useful for volleys, slicing, serves, and two-handed backhand (bottom hand).

This grip is the standard for serves. Using the Continental grip on a serve will allow you to pronate your wrist a little more so you can develop a lot more power and spin. We say the serve is the most important shot because you have the most control over it. Therefore, you want to make it tough for your opponent to return. If you don’t use a Continental for your serve, you’ll limit yourself as far as slicing and topspin goes.

Decades ago, many players used the Continental grip on their forehand groundstroke, but the modern game has seen a shift to Eastern or Semi-Western grips, as it’s hard to achieve topspin using Continental on that type of shot.

To execute the Continental grip, place the base knuckle of your index finger and heel pad on bevel #2. If you’re unfamiliar with bevels, read our guide here.

This grip is not desirable for serving, however. If you were to use Semi-Western grip (or what we call the pizza delivery grip) for your serve, the racquet is going to be more open and you’ll essentially be patting the ball without much spin.

To execute the Semi-Western grip, place the base knuckle of your index finger and heel pad on bevel #4.

The Eastern is in between a Continental and Semi-Western. This grip is useful for driving or flattening out your shots. It’s also easy to switch to the Continental grip for volleying or slicing.

To execute the Eastern forehand grip, both the heel pad of your hand and the base knuckle of your index finger should rest on bevel #3.

The Western grip creates A LOT of spin so your shots will bounce hard and fast. It will also give you a good amount of net clearance.

The Western is a difficult grip to use because it can be hard to switch to other grips. It can also be hard on your wrist because your hand is so far over on the grip. Lastly, it’s not ideal to return hard, low balls.

To use a Western grip, place your index knuckle and heel pad on bevel #5.

When it comes to backhand, there’s a pretty standard practice for which grips you should use. When you’re in ready position at the baseline, your bottom hand should be in your preferred forehand grip, which should be an Eastern or Semi-Western. The top hand is going to be in an Eastern or Semi-Western backhand. That way, you’ll be about half and half. If you get a forehand shot, you can just remove your left hand, turn, and hit. If you get a backhand shot, you just use your left hand to help set your grip to Continental. The purpose of this ready position is so you can easily switch to the necessary grip for your next shot.

Perfecting your racquet grips is a critical component for improving your game. No matter how experienced of a player you are, there’s always room for improvement. Check out all the ways you can practice your tennis game at Elite! 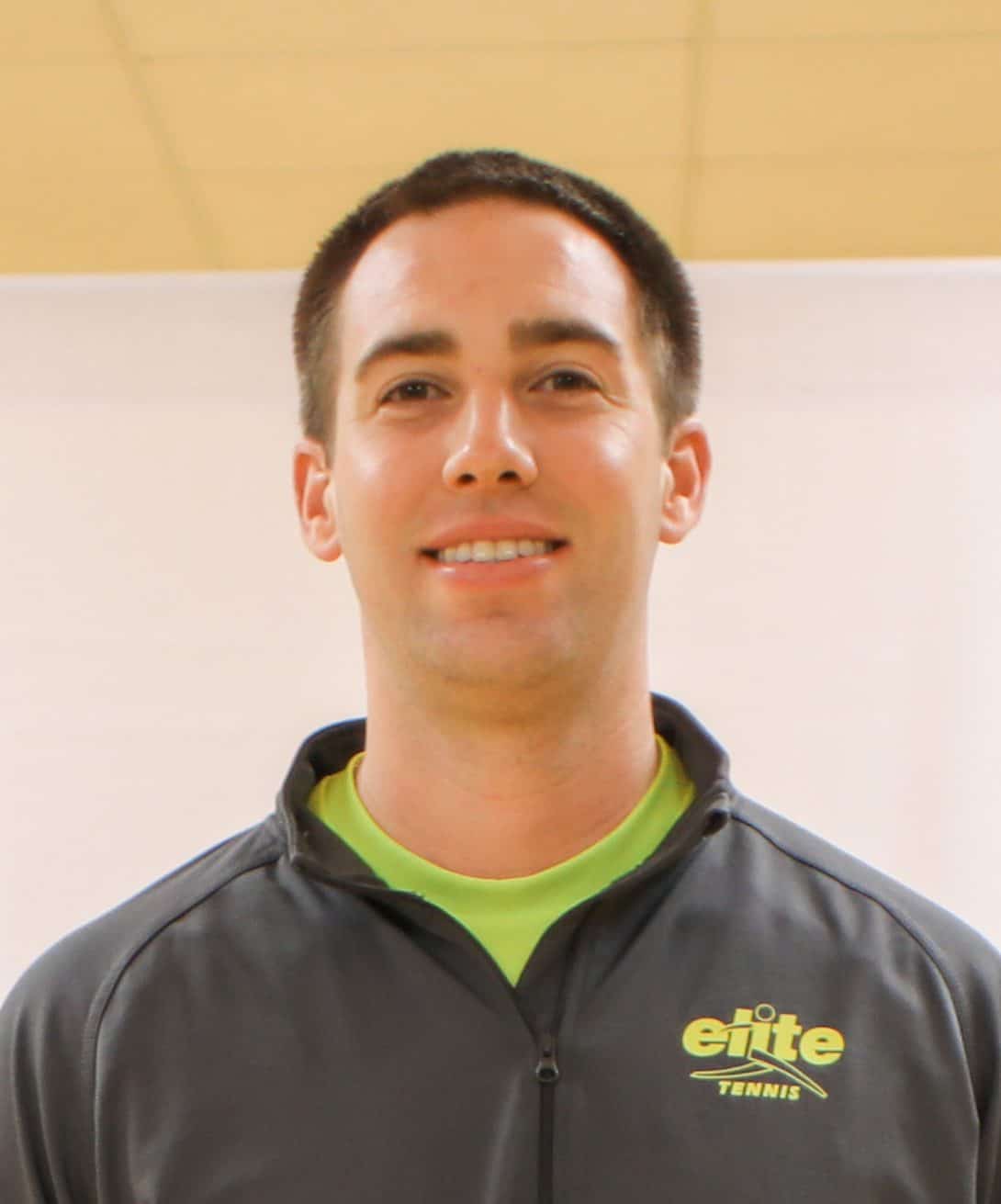 A Milwaukee native, Mike started learning the game of tennis at Elite Sports Clubs when he was only 10 years old. As a junior player, Mike was ranked #1 in Wisconsin since the age of 10, #2 in the Midwest, and #15 in the National rankings. Mike graduated from Nicolet High School in 2006, with a career record of 120-4, playing #1 singles all four years and achieved three consecutive individual singles state championships along with three consecutive team championships. In 2006, he also received the Frank Parker Award for athletic and academic excellence. Mike was recruited to play tennis for UW- Madison as a freshman. During his four years on the team, Madison competed in the NCAA tournament four straight years. In 2010, as a captain of the team, the Badgers reached the Sweet 16 of the NCAA tournament for the first time in the program’s history. He then graduated in May 2011, earning an Economics degree. Mike has been employed by the Elite Sports Clubs since the Fall of 2012 and has experience in working with all levels of tennis players.