Eat Anything You Want: Luck Or Liability? 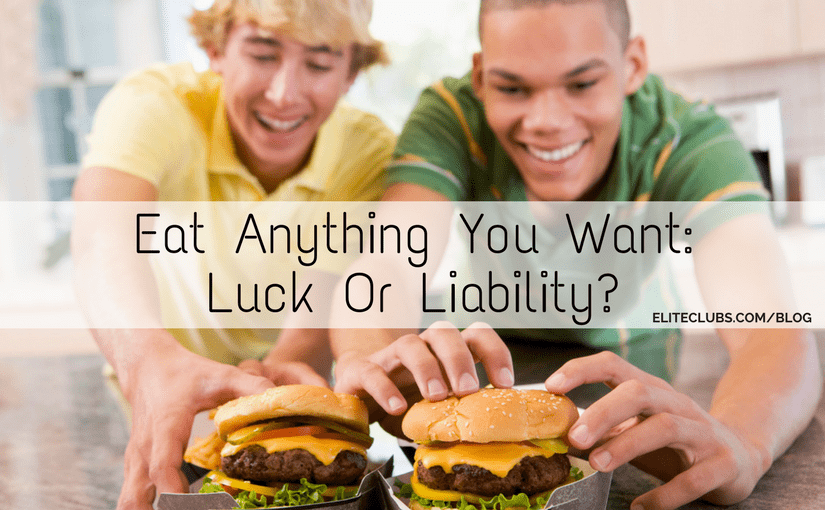 We all know someone who can eat whatever he or she wants and not gain a pound. Drives you nuts, doesn’t it? But, is it luck or liability to be able to do that? Are those predisposed with a higher metabolism causing danger to themselves, or are they simply fortunate?

A person’s resting metabolic rate is more commonly referred to as metabolism. It is usually a key factor when comparing weight gain between two people who eat the same amount of the same thing. The amount of energy needed by our bodies to perform basic daily functions while at rest is reflected by our resting metabolic rate. Those with a higher metabolism appear as if they can eat anything they want without gaining weight. Therefore, you would think everyone would want a higher metabolism, right?

Not necessarily. A high metabolism isn’t some sort of a magic cleansing system for the body. There can be cause for concern in those who can eat cheeseburgers, pizza, and pasta without a change on the scale. Let’s look at what can happen when metabolism is too high.

If you burn food quickly, you’re likely to be hungry more often. Filling that void with any food that’s available may not be considered healthy. While those with a high metabolism can burn calories quickly, there is still an impact to health. Unhealthy food choices can lead to coronary damage, diabetes, high blood pressure, and a high level of bad cholesterol.

Yes, you read that correctly! While the consensus may be that those with a high metabolism are more fit than those with a lower metabolism, the former burns food so quickly, it doesn’t stick around long enough to assist in muscle growth. If food energy can’t be stored, it means that nutrients important to creating and strengthening muscles get lost. 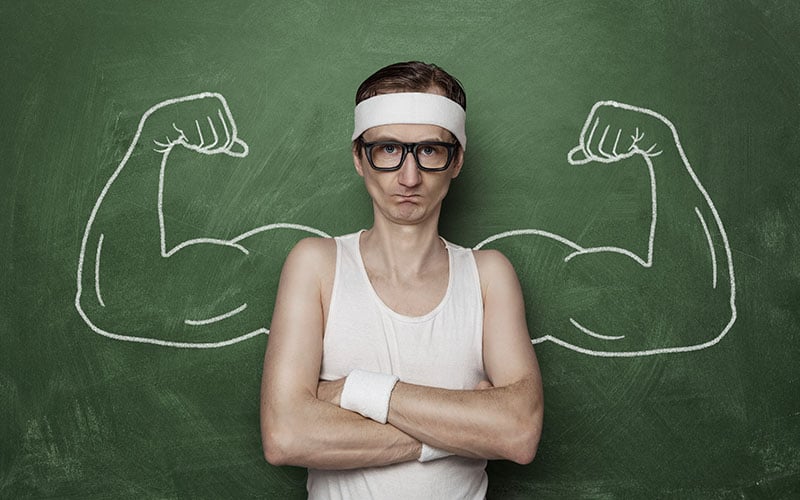 Speeding Up the Aging Process

There is research that suggests that those with a faster metabolism can experience their body “wearing out” quicker than someone with a slower metabolism. The aging refers to biological aging, rather than looking in the mirror and seeing more wrinkles than expected.

Turning Up the Heat

The amount of heat released from a single metabolic reaction in your body is very small. However, when partnered with all the other metabolic reactions happening very quickly inside the body, your body temperature can rise dramatically, or at least compared to someone with a lower metabolism. For some, this can be uncomfortable.

Hyperthyroidism, also known as an overactive thyroid, is a serious medical condition often associated with a high metabolism. The condition is defined by too many messages being sent by your thyroid to make your metabolism work faster, causing its speed to increase to worrisome levels. If untreated, serious complications can occur, including development of an abnormal heartbeat, cardiac arrest, or hypertension.

While it’s understandable to want to increase your metabolism, it’s necessary to know the potential risks or inconveniences of having a faster metabolic burn rate. What’s important is to find a healthy median to increase the amount of burned calories without endangering yourself with any of the aforementioned side effects.